Why The Costa Blanca? 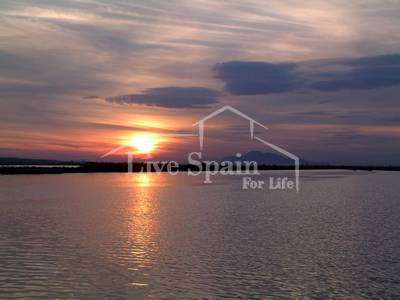 Some of the reasons for choosing The Costa Blanca in Spain

The World Health Organisation rates Spain’s Costa Blanca as one of the healthiest areas of the world http://www.pressbox.co.uk

Good for your Health

The Costa Blanca in Spain is renowned for its beautiful coastline, 212 kilometres of Mediterranean coastline and as one of the healthiest places in the sun to live.

The World Health Organisation has confirmed what many people had believed for years, namely that the Costa Blanca is one of the healthiest areas of the world in which to live. This isn't surprising to those people who know the region. The Costa Blanca has an excellent year round climate. The humidity is relatively low, and therefore ideal for sufferers of arthritis and other climatically influenced health problems.

The region in and around Torrevieja has been voted by the World Health Organisation as one of the healthiest places in the world to live. The stunning Crevillente mountain range helps to create the areas unique climate where the average temperature ranges from 18-28 degrees Celsius.

The two salt lakes of Laguna de la Mata and the Salinas de San Miguel surrounding Torrevieja also help to create its fantastic climate. They are Europe's largest lakes and are sparkling flat expanses where salt water evaporates to produce sea salt that is still widely exported. The high concentration of salt, together with the temperature forms a microclimate recommended by medical specialists the world over for its beneficial health properties in particular for heart disease, skin disorders, rheumatism and bronchial illness.

Because of the two huge salt lakes, which make Torrevieja the biggest salt contractor in Europe, the air has in particular much iodine. For a lot of people, who visit Spain concerned about their health, this plays a big role in the choice of their place of residence. Numerous clinics for heart, circulation and rheumatic illnesses are located in the area.

Beyond doubt is the fact that the climate and lifestyle in any country has a marked effect on mental health. People who live in warm, sunny climates are generally happier, more content and much more relaxed than those who live in cold, wet climates such as those which can be found in northern Europe. As you are reading this, you probably are more than aware of this fact. I have spoken to many people who have been affected by the dark grey days that we suffer many of in the UK and it seems that many of these people are not affected here.

Because of the beautiful climate the Costa Blanca has been voted as one of the healthiest in the world according to the world health organization especially benefiting people who suffer from breathing disorders like asthma and skin disorders like eczema and psoriasis.

The town of Torrevieja lies 45 kms south of Alicante. The mountains of white salt and the long promenade with its amazing sea front market are two memorable features and also the large Friday market.
Torrevieja is one of the fastest expanding towns in the whole of Spain, but it has learned a few lessons from places like Benidorm, because you'll find no high-rise skyscrapers or package holiday hotels in Torrevieja. It is an ideal place for family holidays. Torrevieja is a developing tourist centre and one of the most important on the Mediterranean coast. However, you'll find it is not nearly as commercialised as the Costa Blanca resorts to the north of Alicante. It still retains that special "Spanish" feel and is very relaxing and welcoming.

FiestasTorrevieja is famous in Spain for it's many fiestas - the biggest being the Habaneras festival in August. For forty years, every August, Torrevieja has held its traditional Competition of Habaneras and Polyphony, which now has an international character, since it is one of the greatest cultural celebrations in Europe. Voices from all over the world come together in Torrevieja, and the Habanera sings its way out of the competition precincts, and becomes the folklore of the locals. For a whole week, Torrevieja sways to the rhythm of the habanera, with its tropical flavour from Cuba. 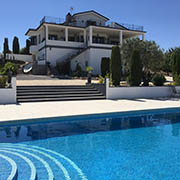 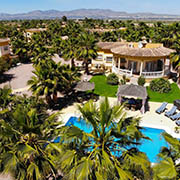 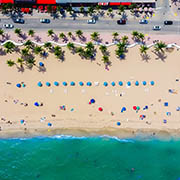 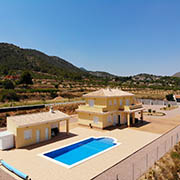