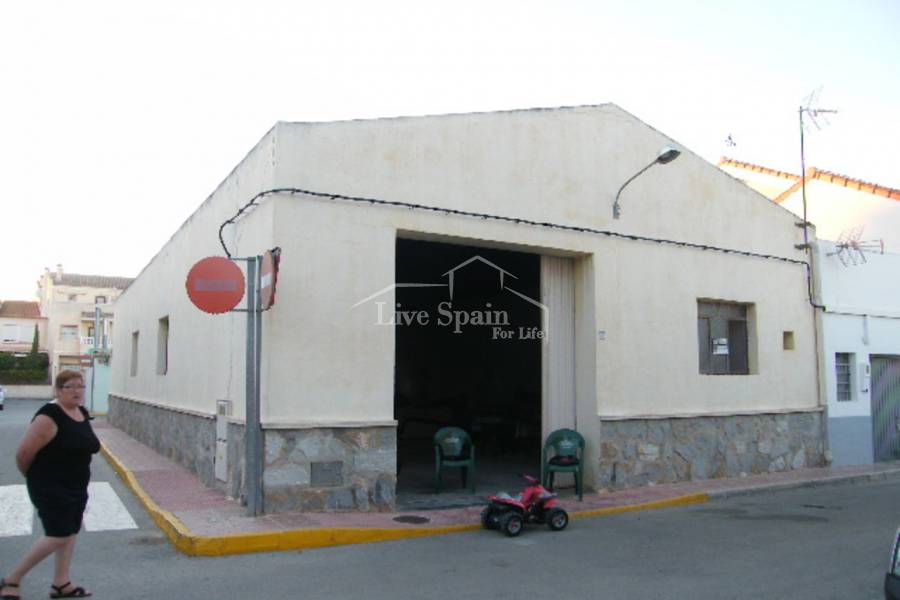 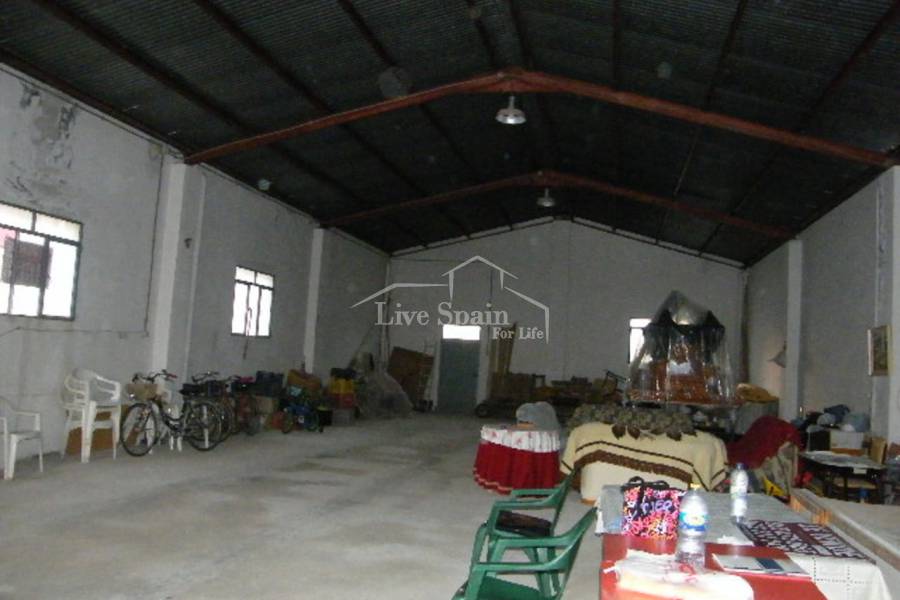 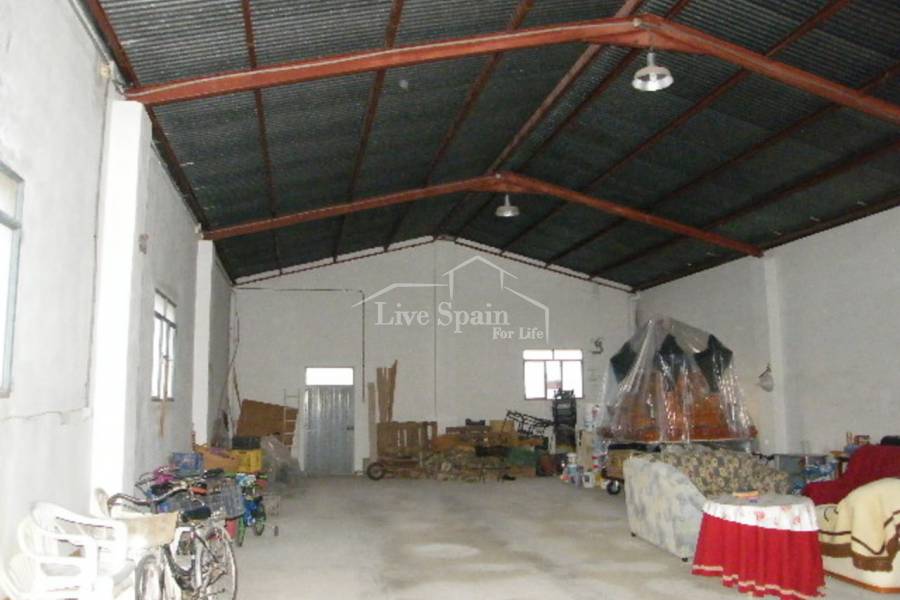 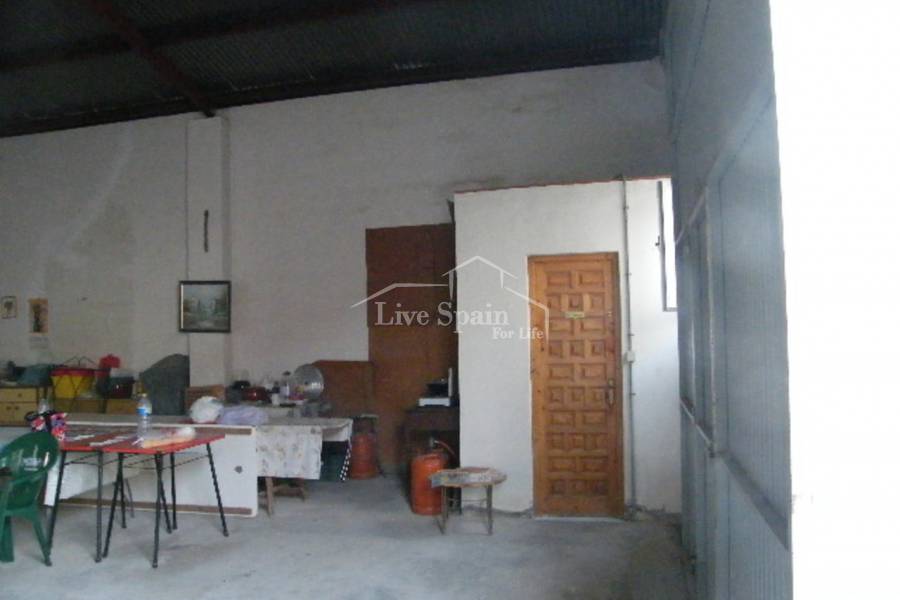 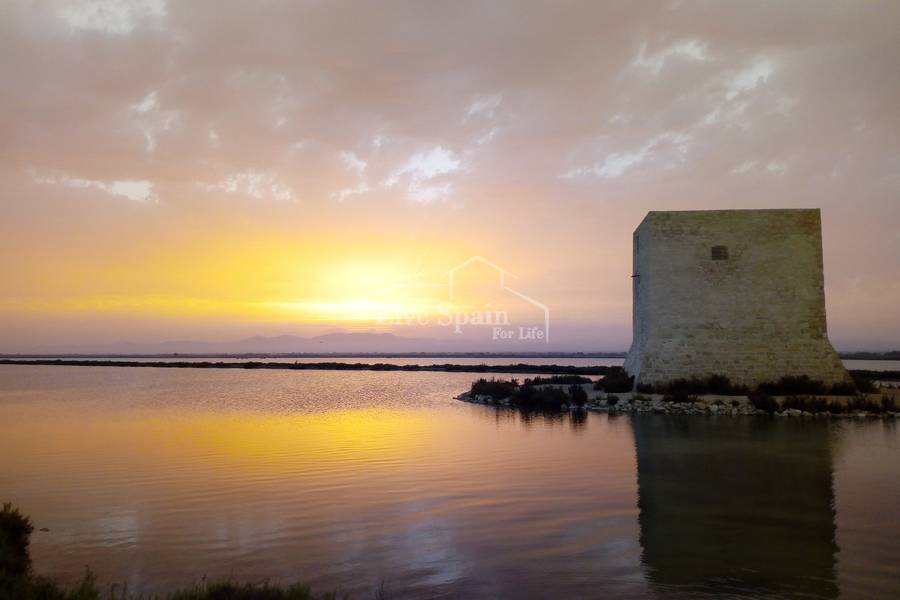 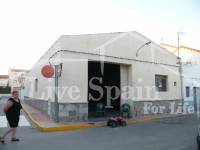 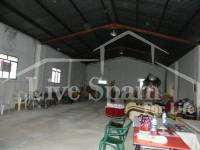 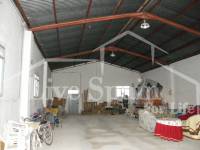 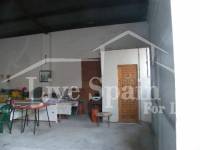 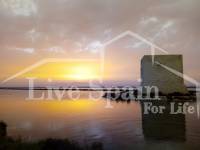 This large centrally located building (currently a warehouse) could be adapted to a variety of purposes. Mains water and electricity are connected and is already prepared with tri-phase industrial fuse box. A very rare opportunity! The once tiny village of Daya Vieja is located just 8km from the coastal town of Guardamar, being very low lying just 4m above sea level, both the “Daya´s” Vieja and Nueva´s name come from Arabic where the word daya means closed low lying depression.Daya Vieja has a dry and sunny climate and has very little rainfall and almost 3,000 hours of sun a yearNowadays Daya Vieja is a busy little Spanish village with a population in 2006 of 354 inhabitants,(official census) with the village life being centred around the village park, where every evening and weekend lunchtimes families meet with their children who play in the playground and the adults enjoy a drink at the quiosco bar. The locals are known as “Dayenses” and was separated from Daya Nueva in 1791 and was fully rebuilt from 1855 to 1857 after being destroyed in the massive earthquake in 1829, the village was inaugurated on the 12th October 1857 by the Bishop of Orihuela.The local fiestas from the 1st to the 8th September which is the saints day of the Virgen de Montserrate and, the whole village revolves, day and night, around the festivities.The “Romeria” on the 15th May is another popular festival with dancing starting late in the evening at the recreational area with BBQ´s where you can cook your own supper. The local gastronomy in the village is “Cocido” a type of stew, rice with rabbit, rice with vegetables or meat and the local desserts are a type of swiss roll and “pan de calatrava” a type of flan.The patron saint of the village is La Virgen de Monserrate and the story says that in the XV century the local neighbours could hear a ringing that appeared to come from underground, they searched and found buried, an image that had been hidden for centuries. The name of the image or who she was, was a mystery so they decided to vote for a name for her and the name of Santa Maria de Montserrate came out three times. The place where she was found on the outskirts of the village is now a lovely “Ermita” Hermitage.The image of the virgin is made from olive wood and measures 45 cm and is seated on a chair and when found had a child in her hand who was holding a bird in its fingers, the child and the bird were lost (if they ever existed). Attempts over the years have been made to identify the image but no one’s been able to 100%.