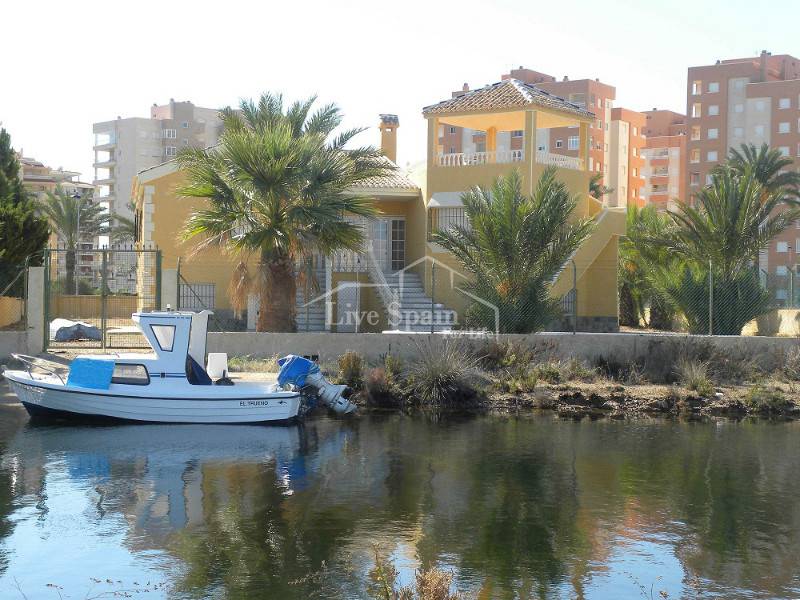 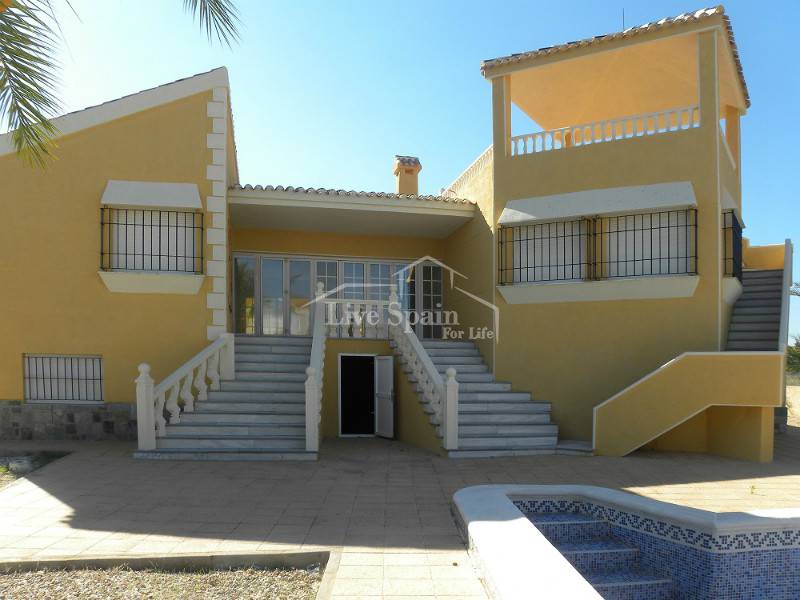 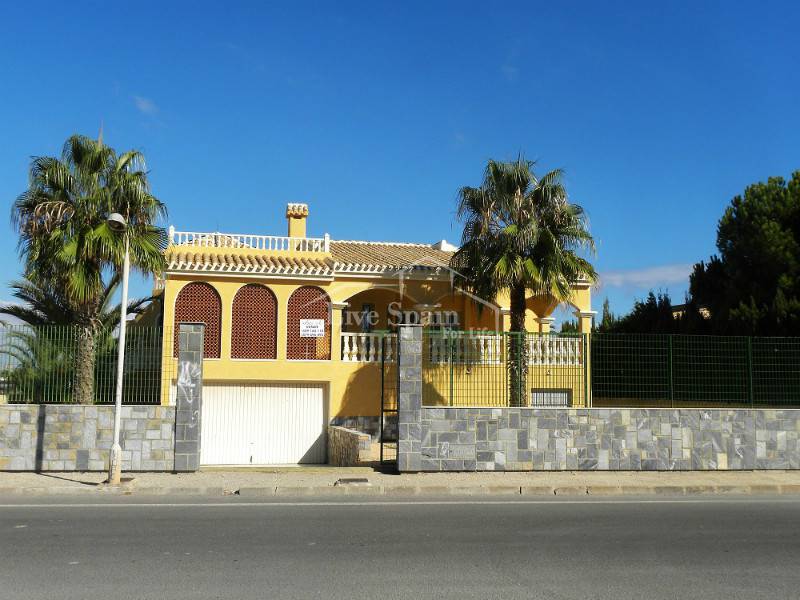 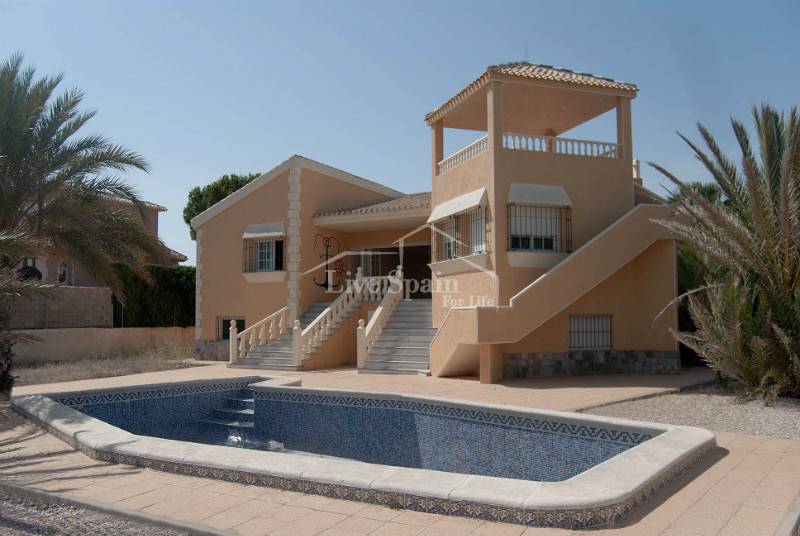 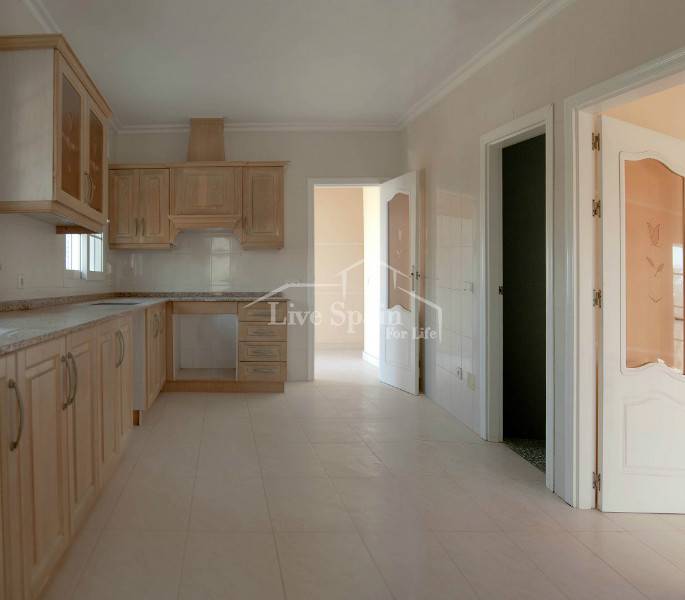 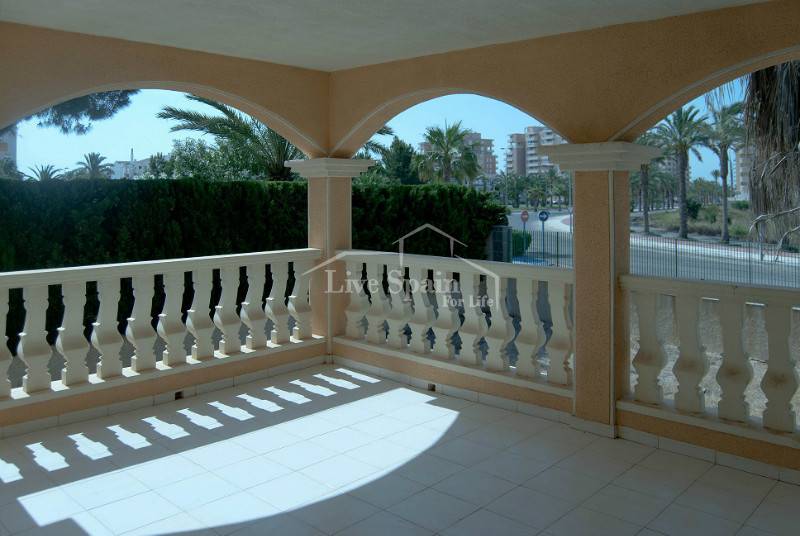 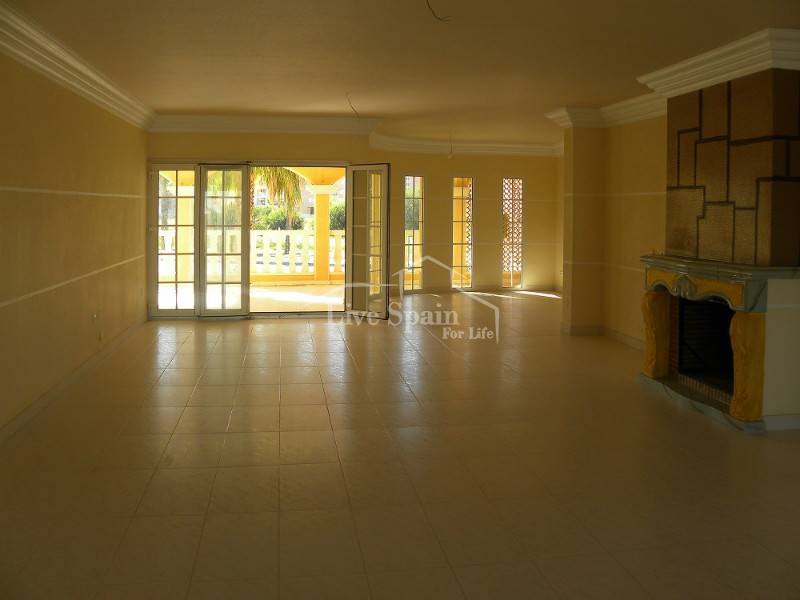 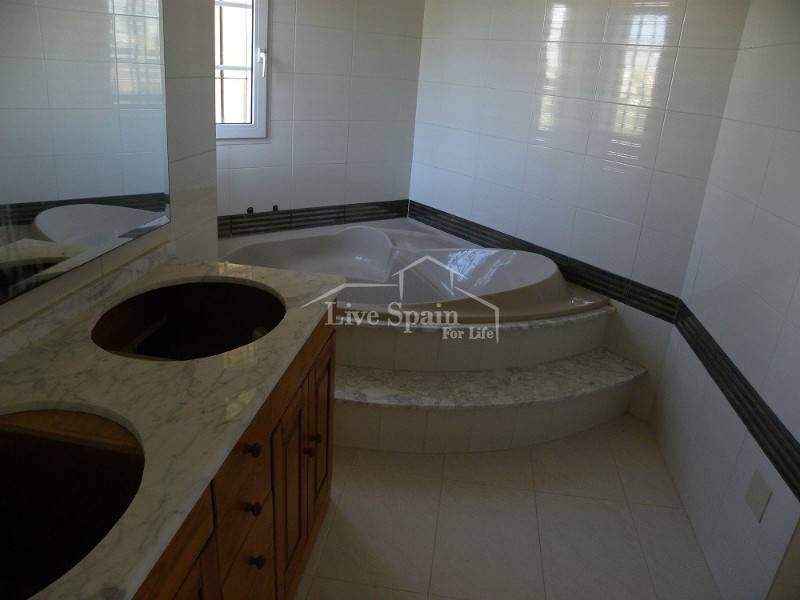 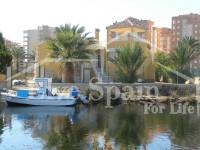 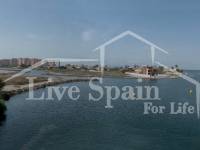 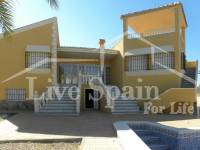 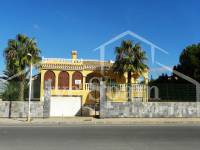 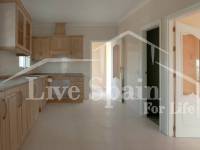 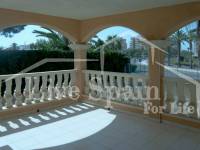 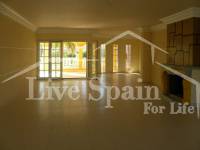 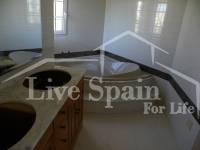 This luxuius villa is in La Manga between Dos Mares, Mar Menor and the mediterranean.

Only the basement on its own is 239m2, which can be used for many different activities.

The ground floor is distributed with 3 bedrooms, 2 bathrooms, a large lounge and a separate kitchen and dining room. There is also a utility room, which could be used for the washing room and also extra storage for kicthen uses.

The property has 2 huge terraces, and one solarium which has amazing views of Dos Mares.

The property is 465.32m2 on a plot of 1361m2. The garden is low maintenance, and also has a private pool. There is also a private dock which you can access the sea through a canal system. The beach is only a few metres away from the property.